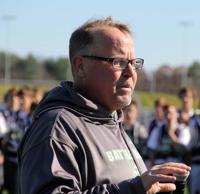 Coach Mayer is a Co-Founder of the Rock Lacrosse Program and is currently Executive Director. Coach Mayer worked closely with Hugh Coyle original founder of Rock Lacrosse during the programs launch and assumed direction of the program shortly after Hugh's tragic passing one year after the program got off the ground. Coach Mayer is entering his 29th year coaching and or directing Rock Lacrosse programs at the youth, high school and collegiate levels. Coach Mayer previously served on the board of the Howard County Lacrosse Program, as Director of Coaches Training, during that programs rise to become one of the nations largest recreational lacrosse programs. Coach Mayer coached NJCAA Lacrosse at Catonsville Community College as Associate Head Coach bring the Cardinals into the NJCAA region championship discussion in 2011-2014 garnering Top 10 NJCAA rankings for the first time in 5 years at Catonsville. Coach Mayer played collegiate lacrosse at McDaniel College, where he graduated in 1991. Coach Mayer currently directs the 2023 age group and head coaches the 2023 ELITE Top 22 team. 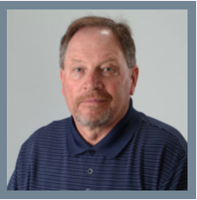 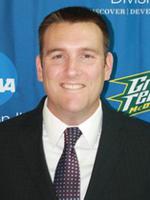 Coach Euker Head Coaches just finished coaching our 2021 MD Top 22 team while overseeing coaching and curriculum for our 2021 age group. Coach Euker will be joining the 2023 group, coaching offense on Top 22 while helping direct overall curriculum in the 2023 age group.

Euker beings his 7th season at the helm of McDaniel College men’s lacrosse program in 2018.After a three-win debut campaign, Euker doubled his squad’s win total each of the last two seasons.He came to McDaniel after spending the two years as the top assistant at Denison. In his two years there, the Big Red compiled a 32-5 record and top-20 rankings in both seasons.In his first year, Euker was part of the most successful season in Denison lacrosse history, winning the North Coast Athletic Conference (NCAC) and advancing to the NCAA Div. III quarterfinals. The 2014 squad set program records for wins (19), goals (320) and assists (189) and led the nation in scoring defense, allowing just 5.8 goals per game. The offense (16.0 gpg) and faceoff unit (67.8 win percentage) both ranked fifth nationally.In his two seasons in Granville, Euker coached 18 All-NCAC honorees, including the 2014 Rookie of the Year and Defensive Player of the Year, and five USILA All-Americans.Prior to his arrival at the Division III level, Euker spent two years as the goalie coach at the University of Michigan. As part of the staff for the Wolverines’ inaugural season at the Division I level, he coached the goalies. In 2013, he coached freshman keeper Gerald Logan to a national-best 15.07 saves per game and Eastern College Athletic Conference All-Rookie team honors. Prior to his time in Ann Arbor, Euker spent two years at Missouri (MCLA) as its head coach. Euker guided the squad to a 21-11 record in two years and was named Great Rivers Lacrosse Coach of the Year in 2011. He coached three Men’s Collegiate Lacrosse Association All-Americans and produced 17 all-conference honorees, including the 2011 Offensive Player of the Year.

A Baltimore native, Euker was a first-team All-Metro selection as a senior at Loyola Blakefield before playing his collegiate career at Loyola under legendary coach Dave Cottle. As a senior, he helped the Greyhounds to a No. 1 national ranking and NCAA semifinal appearance. Euker graduated from Loyola in 1999 with a bachelor of arts in communication with a concentration in public relations.

David is a professional lacrosse player for the Philadelphia Barrage and also holds a Master of Science in exercise physiology with a concentration on nutrition and exercise. A Loyola Maryland alum, he played on the 2012 National Championship team and was a captain during Loyola’s 2016 Final Four appearance. David will be rejoining the Loyola Men’s Lacrosse team as the head strength and conditioning coach through Training House. David is Director of Strength, Agility, Speed for Rock Lacrosse and also is Head Coach (Defensive Coordinator) for our 2024 ELITE Top 22 team.

David has worked as a sports performance coach for Professional, College, High School, and Middle school teams and athletes. He has also been very involved coaching in the lacrosse community, most recently acting as the Director of Lacrosse for Cambridge High School in GA and prior to that as a two year assistant coach at Bridgewater College. The son of a nutritionist, David has always been fascinated by the importance of proper nutrition and training to optimize performance on the field. Along with strength and conditioning, David will be a sports nutrition resource for our athletes and teams affiliated with Training House. David also owns and operates Pure Performance Lab LLC, a sports performance resource for athletes and coaches. Outside of the gym, David enjoys coaching and playing lacrosse (obviously!), playing fetch with his dog Scar, reading the latest sports science research, and cooking. 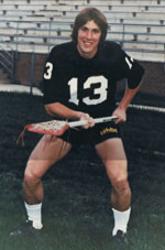 Coach Clipp is entering his 9th season coach with the Rock Lacrosse program. Coach Clipp played collegiate lacrosse at UMBC where he was a 2X All American and a member of the UMBC Sports Hall of Fame.  A 2X World Team (Team USA) play, coach Clipp is also a member of the US Lacrosse Hall of Fame and is recognized as one of the best clearing midfielders to ever play the game.  In addition Coach Clipp was one of the first to ever receive national recognition playing the long pole midfield position. Coach Clipp currently runs the defense for Rock 2022 ELITE Top 22. Coach Clipp coaches Defense and Goalies at Marriotts Ridge High School

Erik Foust was named the head coach of the men's lacrosse team at Howard prior to the 2013 season.

Coach Foust led the Dragons to three straight Md Juco Conference Championships and three consecutive Region 20 championships. His teams went to the NJCAA National Tournament three years in a row including two appearances in the final four and a national runner-up finish in 2017. Foust earned Region 20 Coach of the Year in 2016, 2017 and 2018.

As a graduate of Western Michigan University, he played lacrosse and studied physical and health education.  At Wayne State University, he earned his Masters of Education in Athletic Administration.

Coach Foust grew up near Detroit, Michigan and currently resides in Catonsville with his wife, son and daughter. 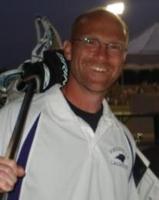 Coach Treacy currently Team Directs and Coaches Rock 2022 MD team. Coach Treacy is entering his 9th season with the Rock Lacrosse program where he has served as Team Director and Head Coach at various middle school and high school levels. Coach Treacy is a graduate of Roanoke College, where he was an All American Midfielder. Coach Treacy was recently selected into the Roanoke Athletic Hall of Fame. 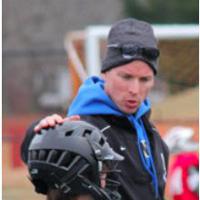 Coach Hornig is entering his 3rd season working within the Rock Lacrosse Program at both the high school and middle school levels. Coach Hornig was most recently the Head Varsity Coach at Lampeter Strasburg High School. Coach Hornig has significant experience coaching township, youth, high school and club lacrosse in the Central PA region and brings a detailed and enthusiastic drive to coaching the game of the lacrosse.

Jared Knowlton ‘15 joined the Susquehanna University Men’s Lacrosse coaching staff at the start of the 2018-19 season.
Knowlton returns to Susquehanna after a stint as head coach of the North Salem Varsity High School Lacrosse team in Westchester County, N.Y., where he led his squad to a sectional playoff appearance.Prior to North Salem, he was a Defensive Coordinator and Goalies Coach for Nichols College as a Graduate Assistant. At Nichols, he helped the Men’s Lacrosse team earn ten wins on the season, which was its best season since 1970.Knowlton started his coaching career back at North Salem High School as an assistant coach in 2016.

A former standout on the Susquehanna Men’s Lacrosse team, Knowlton was voted MVP of the Landmark Conference tournament in 2014. He also was voted All-Landmark in 2015 and ranked in the top-30 for all Division lll NCAA Lacrosse goaltenders in 2014 and 2015.

Knowlton received his Masters in Business Administration and Organizational Leadership this fall from Nichols. He resides in Lewisburg, Pa. 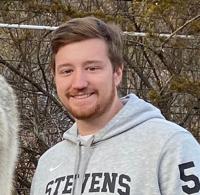 Brian is a 2015 graduate of Calvert Hall High School where he played Midfield. Brian is a 2019 graduate of UMBC with a degree in Computer science. While at UMBC  he ran the UMBC  Club and helped propel the team to the NCLL National Semifinals while serving as Team President.

Currently Brian coaches the Calvert Hall Freshman team where he led the team to perfect season. 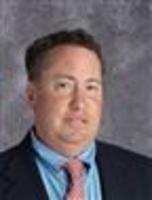 A 1989 graduate of Gilman, earning two varsity letters in both football and lacrosse, and a 1993 graduate of Colgate University.  Coach Ritter played defense on the Red Raiders squad starting in the inaugural season of the Patriot League in 1990. A coach of youth football and lacrosse since 2012.  Currently the head coach of the Boys’ Latin School’s sixth grade lacrosse and basketball teams, and its sixth grade history teacher.  Coaching lacrosse at a club level for five years. 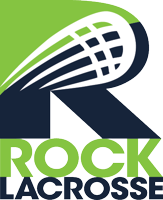 A native of Arnold, Md, Bowman played for St. Mary’s HS in Annapolis before moving on to play at the University of North Carolina. While at UNC, Bowman was recognized as a 2x All American, 2x All ACC and a 2x All ACC Tournament selection. Bowman was also named Freshman of the Year and Team Captain & MVP in his senior year at UNC. Playing in every game during his 4 years at UNC, Bowman finished his career with over 100 points ranking as one of the top midfielders all time at UNC. Bowman also ranks among the Top 15 all time in Face-off win percentage. In addition, Bowman was a member of the 1996 USA Under 19 World Championship team.

After graduating from UNC, Bowman has remained active in the game playing multiple years of club lacrosse and coaching youth lacrosse. 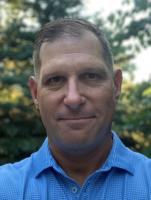 Eric Borsoni is a Maryland native and played his college lacrosse at Ohio State University.  A four-year Varsity letterman at midfield, he graduated in 1992 and accepted a commission in the United States Marine Corps.  After leaving active duty, Eric began a career in financial services and today runs a wealth management practices in Baltimore and Annapolis.  Outside the office, Eric continues his love for lacrosse as both a masters league player and as a coach. He coaches middle school lacrosse at the Boys Latin School of Baltimore and high school girls club at East Coast Select.  Eric also holds a Level 3 US Lacrosse certification in both the men’s and women’s game as well as working as an instructor with US Lacrosse’s Coach Development program.

TJ returns to Rock for his 2nd year as assistant coach of the 2025 ELITE Top 22 team. A high school soccer player, TJ attended University of Delaware where he received a Bachelor of Science in athletic training while working as the head training for UD's mens lacrosse and woman's soccer team. TJ went onto to received his Master's degree from Emory University.  Currently working in the sports therapy, sports medicine, and orthopedic arena's, TJ has been coaching club lacrosse since 2014.